The First of Something Great

What happens when you get a team of highly organized and talented people across different specialties together to have some fun?

Well, when you work at a brewery and have a stacked production team, it means…

A cornhole tournament in the warehouse!

Although we have some space outside around the brewery as well, it’s still winter, so it’s pretty chilly out, and on this particular day, it decided to rain as well.

Our production team stuck around one Friday to all hang out together and have some fun.

It was all very official—randomized teams and partners, and a randomized bracket to test everyone’s skills.

Although they didn’t have any official names, some informal ones popped up as people looked forward to the big day: “Team Cellar” and “Team Fix-It,” for example.

(Ed. note: Bonus points if you can guess who might have been on Team Fix-It…)

Master Griller and Brewer II JP Thomas hopped on the Blackstone grill that Brewery Operations Manager James Fox brought down for the occasion.

JP cooked up some awesome burgers, including turkey and Impossible patties!

They started in the early afternoon, and teams went head to head, moving up through the brackets.

After a couple of hours, they were down to the final contenders: 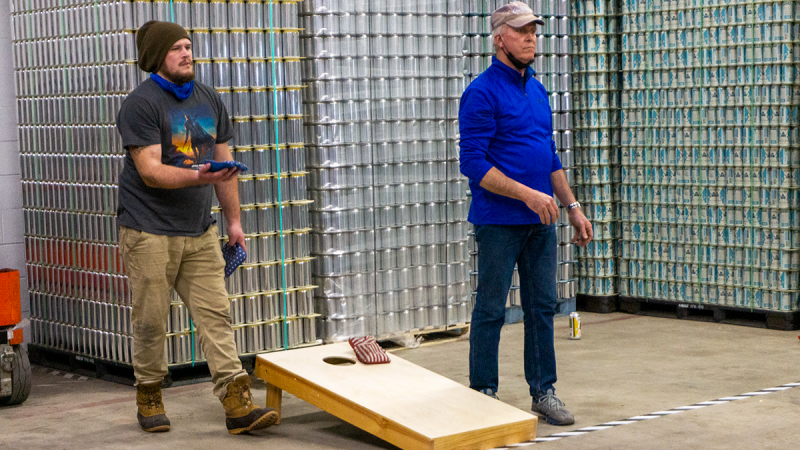 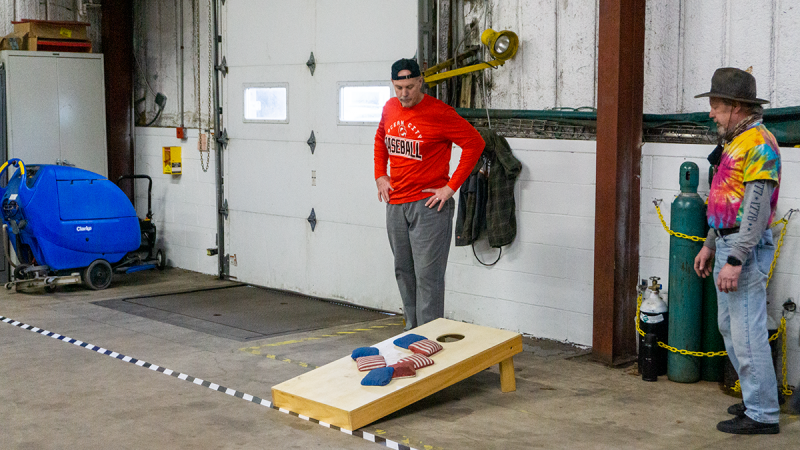 The teams were pretty closely matched, but ultimately Mike Lauff and Paul Greer secured the win!

Like anything with our Production crew, they’re always looking for more ways to Have Fun and make a competition out of whatever they can, so we expect this whole cornhole tournament thing to become a regular event. 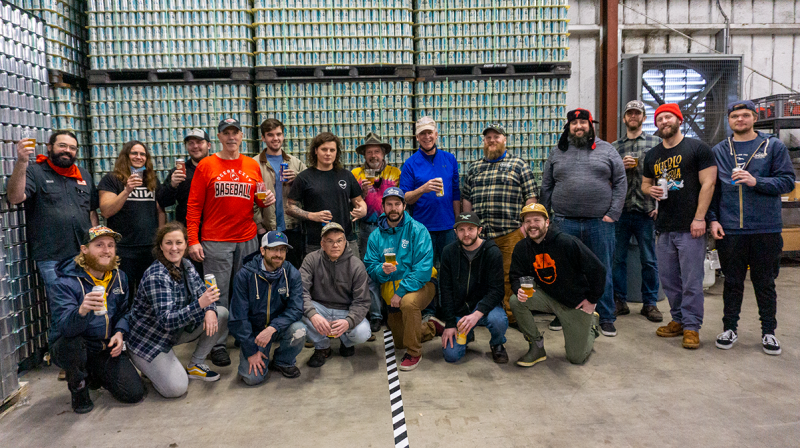 Stay tuned for the next one, where we’ll explore strategies with the Brew Crew!