Mexican Coffee Stout is our very first Tasting Room-only can release of 2022! We’re starting out strong with a brew that’s got a special history here at Cape May Brewing Company. Check it out:

First, we had to see what our Tasting Room crew thought of this one.

“I really like it,” shares Private Events Coordinator Cait Crain.

Tasting Room Associate Gavin Lewis really appreciates the spice character the peppers give, and muses what it would be like with habanero! 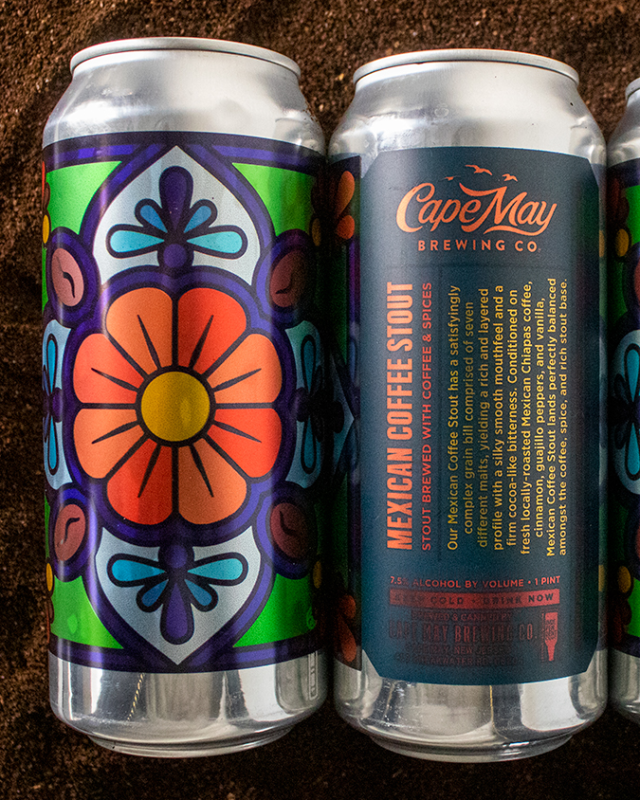 While Tasting Room Associate Kevin Cassidy might not be a coffee drinker, he was also a fan! “It goes well with my sandwich, a scrapple egg and cheese.”

“The peppers and cinnamon is an odd pairing, yet it’s delicious,” says Guest Guru Mary Braccili. “The aroma is great.”

Not too odd, though! Much of our production team are culinary fiends, and this brew is actually inspired by Mexican coffee and hot chocolate drinks.

We popped over to production to get a few minutes of Brewer Brad Young’s time so that he could share more details with us.

“It’s been a couple years, but it was a Fantasy Beer Draft that we did here throughout the company,” Brad shares. “Anyone could throw a couple ideas out there.”

“It was narrowed down draft-style until a favorite was reached,” he says.

“Tony, who has since moved to Virginia and is working with Stable Craft, he and I were talking about it, and he came up with the idea, and I put the details together,” he says. “You know, to do the Chiapas roast coffee, vanilla, cinnamon, and chilies.”

“I’ve done some things like it in the past and in homebrewing, and I’ve always loved the concept of combining cinnamon and chilies,” Brad shares. “Before I worked in breweries, I worked in restaurants, and the Mexican guys in the kitchen taught me a lot of stuff.”

“The concept of putting culinary ideas into beer has always drawn my attention personally,” he says. “Any time I’m able to come up with an idea, I take a look at what I can take from my food and restaurant background that would translate well into beer.”

We first brewed Mexican Coffee Stout as a draft-only release in 2019.

“It did really well that year in the Tasting Room, so it finally made its way back as a can release,” Brad says.

So why Chiapas coffee?

“I love coffee, and Chiapas was always my favorite. Our coffee guy at the restaurant I worked at, he would come in and I’d make him breakfast. I got really into coffee through him,” he says.

“To me, Chiapas coffee is exceptionally smooth. It’s such a mellow, mild-flavored coffee. I actually brought some of the coffee that we used for this home, and have been brewing it in the mornings. I brought some to my family’s house for Christmas as well,” he says. 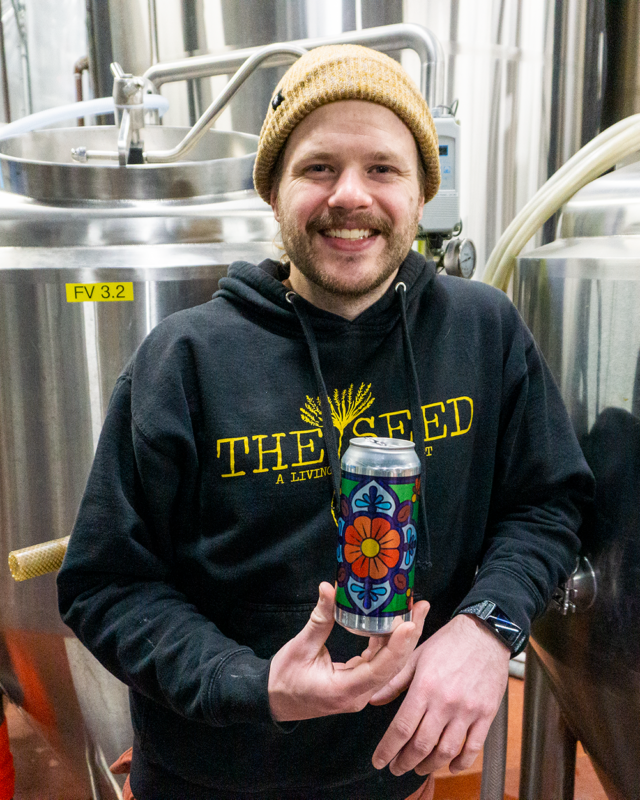 “Chiapas is the region outside of Mexico City up in the mountains where it’s grown,” he says. “I’ve always had a lot of love for Mexican culture—the country, the people, food and drinks—everything.”

Culinary Ops and Cellarperson JP Thomas walks into the breakroom to grab a drink from the fridge, and we jump at the chance to ask him about the guajillo (wah-he-oh) peppers.

“They’re real thin, leathery, big peppers. You can almost see through them. We just cut them up with scissors and throw them in there,” he says.

“It hits just the right level of spice,” Brad notes.

JP agrees: “It gives you the pepper flavor with a little bit of that linger. If you use something like jalapeño, you may overdo it.”

We don’t know about you, but we can’t wait to enjoy more of this one!

If you’re looking for something a little different to add a bit of sweet notes to this brew, you could even try Mary’s suggestion of pairing this with Baileys or a bourbon creamer, as long as both beverages are cold!

Mexican Coffee Stout is available in cans and on draft for a limited time exclusively in the Cape May Tasting Room starting Friday, January 14th. Make sure to tag us @capemaybrewco if you try it!